Weakness is a symptom where dogs move slowly, struggle to rise from rest, are reluctant to exercise, and sometimes have muscle shaking.

• Weakness is associated with many diseases and conditions, which range in severity from mild to life-threatening emergencies

• Treatment targets the underlying condition and typically includes different types of medication such as immunosuppressants, antibiotics, and anti-inflammatories

A Closer Look: What is Weakness in Dogs?

Weakness is a common symptom which can be a feature of many diseases. Mild, gradual onset of weakness is usually not urgent, however, severe, sudden onset weakness is a serious medical emergency.

Severity varies significantly. Progressive conditions such as degenerative myelopathy, a condition where the nerve fibers of the spine stop communicating effectively, initially present with mild weakness but progress to collapse within 6-12 months.

Other conditions, such as hypothyroidism, result in mild weakness which does not progress over time.

Conditions such as traumatic injuries affecting the spinal cord or internal bleeding present with severe weakness or collapse, usually with a rapid onset. These conditions require emergency veterinary attention.

Weakness in dogs is categorized by the type of condition causing the symptoms. Categories include:

Degenerative diseases such as degenerative myelopathy or lumbosacral stenosis

Infectious conditions such as kennel cough, bacterial or viral gastroenteritis, lungworm or heartworm

Conditions with an unknown cause such as idiopathic protein-losing nephropathy

Nutritional diseases such as vitamin B12 deficiency

Cancers of the liver, spleen, or lymph nodes

Poisoning such as ethylene glycol, chocolate, and carbon monoxide

Traumatic injuries such as internal bleeding, and spinal injury

Weakness is sometimes seen alongside other symptoms that can indicate a more severe underlying condition. These include:

Diagnosis of weakness in dogs involves investigation of the underlying condition and includes:

• Specific tests such as Tensilon test for myasthenia gravis, and stimulation tests for muscle or nerve disorders

Treatment options are specific to the underlying condition but may include:

Dogs that are unable to move normally due to conditions such as joint disease or spinal disc extrusion may appear weak, however typically the symptoms seen in these dogs are associated with pain rather than true weakness.

Weakness is often seen alongside similar symptoms such as:

Clinical shock or anemia often present as weakness in dogs alongside pale gums and labored breathing. 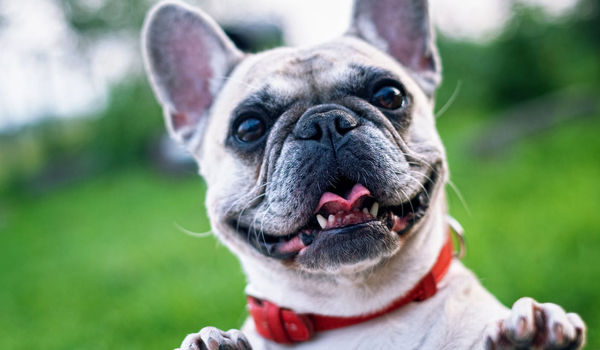