How to tell if your pet is playing 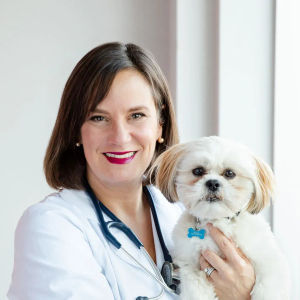 Play or prey? How to tell if your pet is playing.

Pets are part of the family. And, just as with your kids, playtime is important to help these cuties engage in healthy activities, socialize, and, well, have a whole lot of fun.

Companion animals don’t speak in the same way we do, but they still do communicate. Sometimes they might be asking to play, sometimes they might try to let you know they’ve had enough. Keep these tips in mind to understand what they’re communicating and make the most of your playtime.

Let’s start with a simple one: if your pet wants to play, they will initiate it. That might look as simple as your pet bringing you a toy, but there are plenty of other ways they’ll tell you when it’s time to get silly.

A playful pup will bow before you with its back end in the air. It also might slap its front legs on the ground, bounce around, or even fall down to expose its belly. If you look closely, you might be able to see a big goofy grin on your doggy’s face.

Cats have a reputation for being aloof and independent. And while it’s true that they’ll often find games to play on their own, they definitely like to initiate play with their friends. Your kitty might gently paw or swipe (with their claws retracted), or even roll over and lay on their back.

If you live with cats and dogs, they might not be mortal enemies like you see in cartoons. There’s even a chance that they’ll initiate play with one another via these same methods.

If pets could talk

Pets can’t speak but they do use verbal cues to indicate that they want to play. When it’s playtime, dogs will often growl. Don’t confuse these growls for aggression, though — they’re simply telling you that they want to have some fun. A dog’s playtime growl is often higher pitched and shorter than their other growls, and will likely be accompanied by playful behaviours.

Cats, on the other hand, are not as predictable with their vocalizations. They may or may not meow when playing. They might make a “clicking” sound if they see their toy as prey. Cats often purr when they’re satisfied, which may or may not happen at playtime. But unlike their puppy counterparts, growling is typically a sign that something is wrong. And hissing means playtime is over.

Your pet’s tail can also signal how much they’re enjoying playtime. We all know that dogs wag their tails when they’re happy, but there are specific movements that mean different things. A happy tail wag will be bendy and soft, and include fluid movements from their entire body. If the tail is held high without any movement, or it’s making stiff, quick movements, it could be a sign that your dog is nervous or frustrated.

Ever-elusive cats are more complex with their tail-based communication. A gentle side-to-side can indicate that your feline is feeling frisky and ready for some playtime. But if they start twitching or thrashing their tail, that’s a sign to back off and give them some space.

Even birds are masters of body language: they’ll wiggle their tails, puff themselves up, and jiggle their heads to get you playing. As you get to know your pet, no matter the species, you’ll figure out how they’re communicating with you and each other.

Keep a close eye on your pets while they play. Are they still having fun? Have they had enough? Do they want more?

By paying attention, you’ll be able to prevent potential conflicts before they happen. Should your pup or kitty get too aggressive, you should calmly separate them from their playmate. If the aggression is between two pets, make a loud noise to try and distract them, rather than get in between two irritable animals and risk injuring yourself. You can use a baby gate or piece of plywood to separate fighting dogs, while calming a cat may be as simple as leaving the room and giving them some space.

But there’s another reason to watch your pets while they play: a recent study suggested that dogs in particular are more likely to play with one another if their owner is watching. Whether they’re putting on a performance or simply feeling the family love, it’s an added benefit of being an attentive pet parent.

Get 24/7 support straight from the experts.

Still have questions about your pets’ play routine? Contact our experts at Vetster. Our licensed veterinarians or technicians can offer plenty of wisdom regarding your precious pets’ behaviours, and will happily provide guidance if any issues arise. 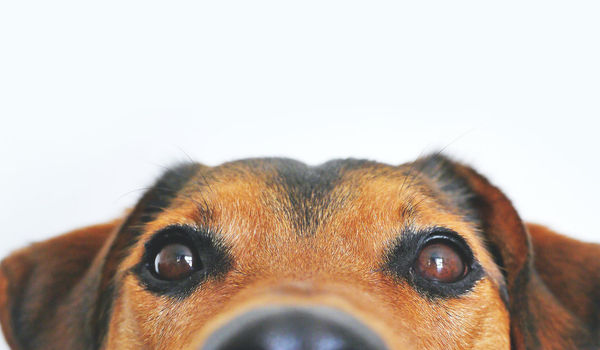