Canine epilepsy is a disorder where abnormal, uncontrolled electrical activity in the brain causes seizures.

• The characteristic symptom of epilepsy is seizures

• Epilepsy can develop spontaneously/be present at birth (primary epilepsy), or develop in relation to a known root cause (acquired epilepsy)

• Acquired epilepsy in dogs can be caused by liver disease, toxins, low blood sugar, or abnormalities in the brain

• In most cases, treatment is not curative but aims to reduce the frequency and severity of seizures as well as other symptoms

• Treatments include antiepileptic medications and changes to the diet

• Prognosis with diligent management is good

A Closer Look: What is Epilepsy in Dogs?

There is wide variation in the severity of epilepsy. A first instance of a seizure should always be treated as an emergency requiring urgent care. Once a diagnosis of epilepsy is made, some seizure activity is to be expected, but instances where seizures last longer than 5 minutes, or when more than 3 seizures occur within 24h, require emergency veterinary care. Severity depends on many factors, including:

Type of seizure: Generalized seizures have a greater impact on the wellbeing of the affected dog, as well as the emotional state of the pet parent. Focal and psychomotor seizures are less dramatic, and therefore less intrusive.

Prevalence and severity of symptoms: In some cases, only one seizure is experienced in the entire lifetime of the affected dog. In other cases, seizures are recurring, severe, and/or do not respond to medication.

No matter the underlying cause of epilepsy, long seizures can result in brain damage. **Seizures that last longer than five minutes require emergency veterinarian attention.

Epilepsy is a common condition in dogs. Symptoms usually develop in young dogs between the ages of 6 months and 6 years. There is a genetic component to primary epilepsy. Breeds that are most at risk include:

Epilepsy is usually not life-threatening. Primary epilepsy may impact quality of life if seizures are frequent, severe, and difficult to control. Acquired epilepsy, which is associated with an underlying disorder or abnormality, is more likely to be severe or potentially fatal. Dogs showing signs of epilepsy require prompt veterinary attention to begin treatment and rule out serious underlying disease.

Primary epilepsy (also called idiopathic epilepsy) occurs when there is a disturbance to the electrical activity in the brain. In this condition, the source of the disturbance is unclear. Primary epilepsy is a congenital condition meaning that the dog is born with the disease, although in most cases symptoms do not appear immediately. Though the underlying cause of primary epilepsy is unknown, a genetic component has been proven. This genetic component makes certain breeds predisposed to epilepsy.

Acquired epilepsy occurs when there is a disturbance to the electrical activity in the brain that is caused by an underlying condition that can be identified. Causes include:

• Structural abnormalities in the brain from malformation,  injury, infectious disease, or tumors

The characteristic symptom of epilepsy is seizures. Seizures vary in presentation, however most seizures show signs such as:

• Stiffness of the body

• Contraction of the muscles

• Paddling of the limbs

Dogs with symptoms of epilepsy require the attention of a veterinarian. Diagnosis aims to rule out underlying causes. Diagnostic tools include:

When no underlying cause is found, a diagnosis of primary epilepsy is made. In cases where underlying causes are discovered, treatment depends on the nature of the cause.

It is typically not possible to eliminate symptoms altogether. In many cases, symptoms are mild and infrequent, and do not require medication.

The goal of treatment is to reduce the number and severity of seizures. Antiepileptic medications are prescribed in some, but not all cases.

In some cases, more than one antiepileptic drug is necessary to control seizure activity. Epilepsy medications frequently interact with other medications, causing adverse effects, so consideration of other medications is an important part of drug selection for these patients.

Management of epilepsy requires precision in the dosage and timing of drug administration. Without precise dosage and timing, seizure activity continues, and in some cases damage to other systems occurs. Dietary changes and dietary supplementation are also recommended for dogs with epilepsy. In some cases, dietary changes alone are sufficient to reduce symptoms to a manageable level without the need for medication.

Primary epilepsy is a lifelong condition. In cases where symptoms are mild and infrequent, either naturally or due to careful management, the wellbeing of the dog is mostly unaffected. Acquired epilepsy is more likely to be severe, and in some cases is fatal.

In cases where symptoms are frequent and severe, especially in cases where medical management has not produced an improvement, the wellbeing of the dog is affected. Ongoing adjustments are required.

Is Epilepsy Common in Dogs?

Epilepsy is a common disorder in dogs. Primary epilepsy is more common in dogs than secondary forms of the disorder. 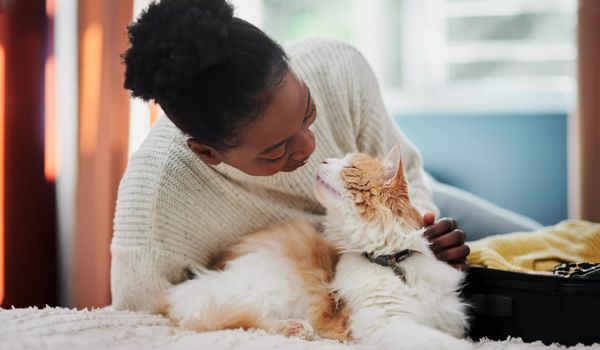