Collapse in dogs is generally defined as when a dog falls and cannot get back up.

• The pet may or not be unconscious when collapse occurs

• Dogs may require blood transfusions, fluids, or other interventions to stabilize them

• After stabilization, a series of diagnostics including imaging, EKGs, ultrasounds, blood work, and neurological workups may be leveraged to determine the root cause

• The diagnosis determines the treatment and prognosis of the collapse episode

A Closer Look: What is Collapse in Dogs?

Collapse is rare in dogs, but indicates a potential emergency when it occurs. Collapse is caused by a wide variety of conditions and the severity varies depending on the root cause. To most effectively determine the cause and get treatment quickly, a vet should be contacted immediately after collapse is observed and details immediately preceding the fall should be noted.

A large number of diseases can have fainting as a symptom. Examples include:

• Cardiac conditions, such as arrhythmias

• Degenerative conditions, such as osteoarthritis, degenerative myelopathy, or hip dysplasia

• Autoimmune conditions, such as myasthenia gravis

• Nutritional conditions, such as malnutrition and anemia

• Cancers, such as a brain tumor

• Toxicoses, such as rat poison toxicosis

• Injury, such as physical damage to the joints or legs

Collapse varies in severity from mild to life-threatening. The degree of severity will depend on the root cause of the collapse. Collapse is further defined by one of three descriptions of the collapse event, from least to most severe:

1. Fallen, conscious, unable to get up, but otherwise normal:

In this case, the dog has fallen and cannot stand without assistance but is behaving otherwise normally. These symptoms can be caused by a physical trauma to the joints, or arthritis. Immediate medical attention is advised to determine the underlying cause.

In this case, the dog has fallen and cannot stand without assistance and is behaving abnormally. Signs could include a glassy-eyed appearance or seizing. These symptoms can be caused by neurological conditions or other serious disorders. Immediate medical attention is required for these symptoms.

In this case, the dog has fallen and is no longer conscious or does not respond to stimulation. These symptoms can be caused by a cardiac event, toxicosis, or a respiratory failure. These symptoms are serious and require emergency veterinary care.

Diagnosis for a dog who has collapsed begins with a physical examination and analyzing information about the events before, during, and immediately after the collapse occurred. Further diagnosis may include:

Initial treatments are supportive to address immediate symptoms and risks and may include:

Once the pet is out of immediate danger and a full evaluation is complete, the diagnosis informs more specific treatment to deal with the root cause of the collapse.

Seizures may appear similarly to collapse. A seizure is a neurological event involving a disruption to regular brain function and often results in a loss of consciousness. During seizures, dogs may convulse and drool excessively, and are often lethargic or dull for several minutes to hours after the episode. These features are generally not seen in collapse, although collapse and seizures may occur simultaneously.

Many other symptoms can occur in association with collapse, depending on the underlying cause of the collapse episode. 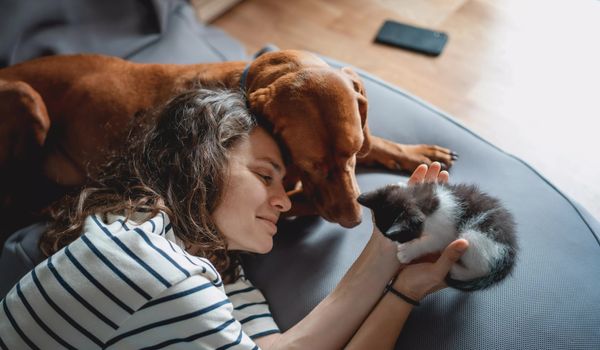