Lymphadenopathy is enlargement of the lymph nodes, and is a common finding in many diseases, illnesses, and conditions.

• Swollen nodes are not an emergency, but they should always be treated as a medical concern

• Treatment and prognosis depend on the underlying cause

A Closer Look: What is Lymphadenopathy in Dogs?

Lymph nodes are small, nodular components of the immune system which store white blood cells and respond to immune stimuli. They can also become enlarged when inflammatory cells pass through them, or if cancerous cells enter the node. Typically, lymph nodes are difficult to find in dogs, unless the nodes are enlarged.

There are 5 different kinds of lymph node on a dog:

• Where neck meets the chest, in front of the shoulder blades (prescapular)

The causes of lymphadenopathy are widely varied. Some potential causes, such as cancer, are life-threatening, while others are more benign. Lymphadenopathy itself is not an emergency, but it is always a matter of medical concern until the root cause is determined.

The specific causes of lymphadenopathy vary widely, but fall under one of the following categories:

• Reactive hyperplasia: an indication that the nodes are working more actively, in response to an immune stimulus.

• Lymphadenitis: when inflammatory cells from elsewhere move into a lymph node to fight an infection, and the node becomes inflamed.

• Neoplastic infiltration: when lymph nodes swell as a result of cancer cells within the node.

Normal lymph nodes feel firm and are slightly mobile under the skin. The normal size of a lymph node depends on the size of the dog, and the location of the lymph node. Inguinal, prescapular, and axillary lymph nodes are very difficult to identify unless they are enlarged.

Swollen lymph nodes in a particular area on a dog are most likely caused by a condition in the local tissue. In some conditions, certain lymph nodes swell for unknown reasons. If multiple nodes are swollen across the body, that is indicative of a more systemic condition, such as lymphoma.

Diagnostics to determine the cause of lymphadenopathy include:

Treatment depends on the underlying condition.

Lymph nodes can be difficult to find unless engorged, and may be mistaken for a cyst.

As lymph node enlargement is a common response to any number of illnesses, other symptoms vary widely. Common associated symptoms include fever, reduced appetite, or general discomfort, but there may be other, more specific symptoms depending on the cause. 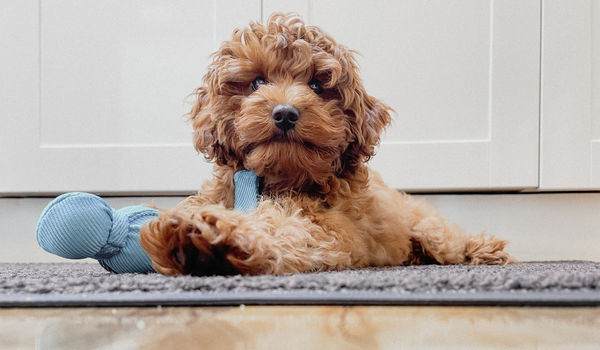