Pancreatitis refers to inflammation of the pancreas, which is a common digestive disease of cats. Symptoms of pancreatitis vary from severe vomiting and pain to subtle lethargy and reduced eating. Although the symptoms are not always dramatic, pancreatitis can be a life-threatening condition.

Pancreatitis results in the release of digestive enzymes into the pancreas itself, causing the tissue to be digested. This is painful and typically causes vomiting and appetite loss. The underlying cause of most cases of pancreatitis is unknown.

Diagnosing pancreatitis is difficult, as the symptoms are similar to many other diseases. Standard diagnostics like a physical examination, blood work, and imaging are often required to identify the pancreas as the source of the symptoms.

Supportive care is the mainstay of pancreatitis treatment. Cats often require IV fluids, anti-nausea medications, pain medications, and appetite stimulants to recover from a pancreatitis episode. The most critical aspect of treatment is encouraging the cat to eat on its own, which is associated with a better prognosis.

The prognosis for pancreatitis depends on severity, frequency of acute episodes, ongoing management, and the extent of tissue damage and scarring.  Over time, cats with ongoing pancreatitis are at risk for developing conditions (like diabetes mellitus) related to poor pancreatic function.

Up to 90% of pancreatitis cases in cats have no identifiable cause. Known risk factors that trigger pancreatitis include:

• Toxins such as organophosphates • Side effect of some medications

Pancreatitis is common in cats, but does not appear to be related to consumption of rich and fatty foods as it is in dogs. Pancreatitis is more likely to occur in cats with concurrent diseases such as :

This disease is potentially life-threatening.  Cats that are not eating, lethargic, or vomiting require prompt veterinary medical attention.

Typically, cats do not show obvious symptoms of pancreatitis. The most common symptoms are:

Cats that are not eating and lethargic require prompt veterinary care, even if these symptoms do not seem severe.

Other symptoms associated with pancreatitis include:

There are two forms of pancreatitis: acute and chronic. Both types of pancreatitis have similar symptoms, so examination by a veterinarian is required to distinguish between them.

Acute pancreatitis starts quickly, with a sudden onset of symptoms. Usually, symptoms are more severe with this type of pancreatitis. A single episode of acute pancreatitis generally has a good prognosis, and is unlikely to cause long-term pancreatic damage.

Diagnosing pancreatitis in cats is challenging. Cats show few symptoms of pancreatitis, and the symptoms they show are vague and do not point to the condition specifically.

Generally, cats that are lethargic and not eating often require multiple diagnostic tests before the pancreatitis is confirmed. Tests include:

Treatment of pancreatitis primarily focuses on supportive care, as there is no definitive cure for this condition. Cats often require extended hospital stays to fully recover from a pancreatitis episode and transition back to eating on their own.

The treatment strategy will vary depending on the cat’s overall state of health and the severity of symptoms. Treatment may include a combination of the following:

Acute pancreatitis with mild symptoms carries a good prognosis if caught early and treated aggressively. The prognosis for acute cases may be guarded depending on severity and especially if concurrent fatty liver disease is present. Acute pancreatitis can lead to fatal complications. Cats that survive an episode of acute pancreatitis are at risk of developing long-term effects including diabetes mellitus, exocrine pancreatic insufficiency, or chronic pancreatitis.

Cats with chronic pancreatitis have a fair prognosis. As pancreatic tissue function declines, cats are at risk of developing life-long problems, such as diabetes mellitus or exocrine pancreatic insufficiency, which require additional care.

The root cause of pancreatitis is usually unknown in cats, so it is difficult to prevent. The disorder is not contagious. There is not a strong correlation between high fat intake and pancreatitis as has been reported in dogs. Routine annual veterinary wellness checks are recommended for all adult cats which may help detect disorders like pancreatitis in early stages. As with many chronic conditions, early detection and treatment are key to supporting best outcomes.

Is Pancreatitis Common in Cats?

Pancreatitis is considered common in cats. It is thought to affect between 1.5-3.5% of cats, but presumed to be underdiagnosed due to subtlety of symptoms. 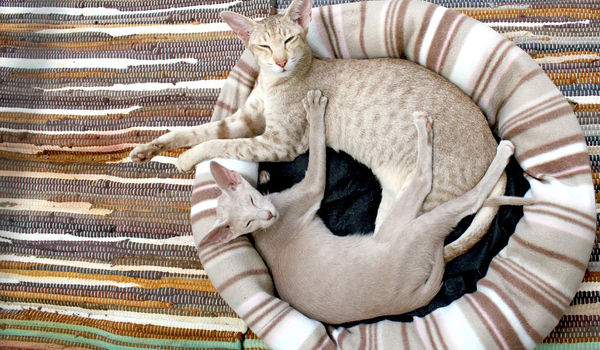