Loss of Consciousness (Syncope and Coma) in Cats

Loss of consciousness in cats is when the animal is not aware of its surroundings and is not awake.

• Unconscious cats are responsive only to strong, unpleasant stimuli such as a toe pinch, but not to sounds or touch

• Unconsciousness with no response to even powerful stimuli is called coma

• Cats can experience sudden loss of consciousness, like fainting; this is called syncope

• Syncope  is usually a brief event with rapid and complete recovery

• There are many potential causes of syncope and coma, ranging from low blood sugar to poisoning

• Prognosis also depends on the underlying cause; syncope is associated with better outcomes than coma

A Closer Look: What is Loss of Consciousness in Cats?

There are dozens of causes for a cat to lose consciousness, and all of them are potentially serious and life-threatening. Syncope is most often associated with cardiovascular disease, while coma can be caused by a number of underlying diseases and is very grave. In general, syncope cannot be prevented unless the precipitating event can be avoided.

A wide range of conditions can lead to loss of consciousness, including:

• Poisoning, such as rat bait toxicosis

• Injuries, especially to the brain

• Endocrine disorders, such as hypothyroidism

Pressure on the neck or collar can cause syncope in some animals, such as those with hypersensitive carotid sinus syndrome.

Unconsciousness varies in the degree to which the animal is unresponsive to its environment, as well as in duration of episode. Syncope is usually short-lived with complete and rapid recovery, while coma is persistent until the underlying cause can be treated.

Any cat with an untreated or poorly managed life threatening illness may lose consciousness if disease is advanced.

In addition to medical history and physical exam, diagnostics for coma or syncope include:

• Additional blood tests, such as those evaluating hormone function

• Chest x-rays, especially when indicated from history and physical examination

• Pulse oximetry to measure oxygen levels, if there is evidence of lung disease

• Ultrasound examination of the heart (echocardiogram)

Some diagnostics may require referral to a specialist.

• Intravenous (IV) fluids may be indicated, unless the patient has congestive heart failure.

• Administration of glucose for hypoglycemia

• Arrhythmias may be treated with drugs or, in some cases, a pacemaker.

• Blood transfusion in cases of anemia

During syncope, the forelimbs may briefly become rigid and the head may be pulled back, causing confusion with a seizure disorder (such as epilepsy). In syncope, any movement is brief, whereas seizure disorders usually involve a lot of movement.

• Lateral recumbency (laying on their side) 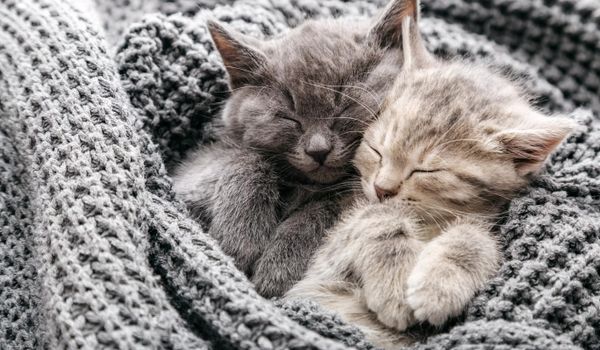