Tick Infestation and Control in Horses

Ticks are small parasitic arachnids and carry a number of different diseases that can transmit to mammalian hosts. The outdoor lifestyle of horses makes them susceptible to tick infestation, particularly in areas known to have large tick populations. Finding a tick on a horse is not an emergency, but prompt removal is recommended.

The most common locations for tick bites on horses are under the jaw, in the groin, and under the tail. Checking these areas frequently is recommended during peak tick seasons.  Correct use of topical tick control products is the best way to prevent ticks. These products are most effective when applied before turning the horse out to pasture, or before riding in densely vegetated areas.

Ticks are abundantly found worldwide and commonly affect horses due to their outdoor lifestyle. Finding a tick on a horse is not an emergency, but prompt removal of ticks is important to reduce the risk of disease transmission and other complications. Some tick species release a toxin that causes tick paralysis. This is characterized by symptoms such as uncoordinated movement, difficulty swallowing, falling, or stumbling and requires immediate veterinary attention.

Tick infestation can happen to any mammal living in a region with a population of ticks. Ticks have peak seasons of activity throughout the year which increases the likelihood of horse exposure during these periods. The outdoor lifestyle of horses, especially those who spend time in long grasses or dense forests, further increases equine exposure to ticks.

Most ticks are easily seen on the horse’s coat, often appearing as a dark, raised lump on the skin. Further inspection reveals the characteristic features of a tick, such as 8 legs, a round body, and the head embedded in the horse’s skin. Recently attached ticks have flat bodies, which expand as the tick feeds and fills itself with blood.

Tick attachment  produces a local skin reaction that typically appears as a scab or oozing sore.These sores usually heal without any intervention within 1-2 weeks.

Spinous ear ticks cause unique symptoms affecting the muscles through an unknown mechanism. Symptoms include:

Ticks are a common finding on horses living outdoors, particularly horses whose pastures include long grass, dense brush, or forested areas. Horses ridden in densely vegetated areas are also at risk of exposure. The risk of tick exposure varies depending on the region and climate, with many tick species having seasonal peaks where the chances of encountering a tick are much more common.

Ticks climb onto a host to feed for several days, then drop off and don’t feed again for as long as a year. Many tick species are able to transmit serious disease through their saliva.Transmission of some diseases takes only 3-6 hours of tick feeding, so removing ticks promptly is important in preventing tick-borne illnesses.

The spinous ear tick (Otobius megnini) is a common finding in the ears of horses in the western United States and Canada. These ticks attach deep within the ear canal or on the inner surface of the ear, making them difficult to locate. Local irritation often causes horses to react negatively to inspection of their ears, making inspection and removal even more difficult.

To correctly remove a tick, use tweezers to grasp the tick close to the skin, and pull straight away using steady pressure until the skin tents, then pause. Most of the time the tick lets go. If it does not, continue pulling steadily away until it does. Do not squeeze, crush, or puncture the tick during removal. Common folk remedies such as petroleum jelly, fingernail polish, alcohol, or matches may stimulate the tick to regurgitate into the horse, increasing the risk of disease transmission. After removing the tick, clean the bite wound with soap and water. Methods for disposing of ticks include sealing them in a container, wrapping them in tape, or flushing them down the toilet.

It is common for tick bites to develop redness, swelling, or crusting after tick removal. If these symptoms persist or get worse, consultation with a veterinarian is recommended.

Two primary strategies exist for preventing ticks in horses: regular inspection for and removal of ticks and the use of tick control products.

A systematic examination of the places where ticks are most commonly found is the best way to find ticks on a horse:

Several anti-tick products are available for horses, and act as both a treatment and a preventative. Most products are pyrethroid-based, and come in several forms including:

Pyrethroid products are also available for treating the horse’s environment, including their pasture. Following label directions for these products is critical, as many are toxic to other animals and/or the environment.

Products containing Amitraz are toxic to horses. These products are commonly used in other species, but are not safe for use on horses.

Topical tick control products are applied before the horse is turned out to pasture or before riding in vegetated areas. Focusing product application to the horse’s tail, chest, armpits, legs, and under the jaw is the most effective, as these are the main areas where ticks latch on.   Other environmental control measures include:

Is Tick Infestation Common in Horses?

Tick bites are common in areas with a high tick population. Many ticks have a seasonal lifecycle, making ticks more prevalent during certain times of year. 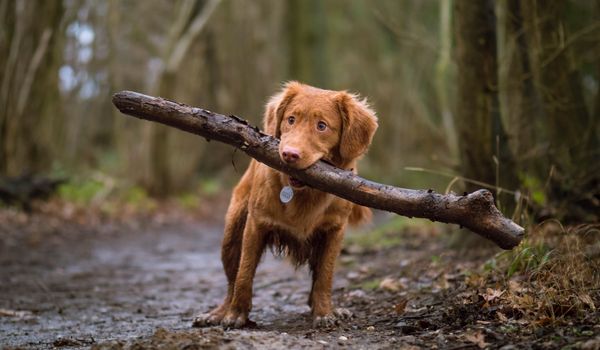