Bromethalin is a neurotoxin that disrupts normal function of the brain and spinal cord, causing paralysis or convulsive activity when ingested by cats. Ingestion of a dangerous dose of bromethalin is an emergency requiring immediate veterinary care. There are no antidotes, treatments, or diagnostic tests for bromethalin poisoning.

Bromethalin-based rodent poisons (rodenticides) are commonly used by the public and pest control professionals. Bromethalin is only one of several specific types of poison commonly sold, so correct identification of any poison a cat is exposed to is critical for successful management of poisoning cases in pets.

Rodenticides often intentionally look and smell like food to mammals, so they are appealing to cats who find them. When consumed by a cat, the toxin causes symptoms such as seizures, irregular gait, limb weakness, paralysis, and severe lethargy. Symptoms develop within hours to days following ingestion.

Cats receiving treatment immediately after ingestion have the best prognosis. These cats are treated by inducing vomiting and administering activated charcoal to bind the toxin and prevent its absorption into the bloodstream.

Bromethalin toxicosis is rare in cats. Cats that have eaten any amount of bromethalin poison require immediate veterinary care. Cats who ingest a dangerous amount of bromethalin have a fair to good prognosis if treated right away after ingestion and before symptoms develop. Once symptoms have developed, the prognosis is poor, even with aggressive and lengthy treatment. Cats that recover often have permanent neurologic deficits.

The blocks or pellets of commonly used rodenticides are often dyed green, regardless of the type of poison they contain so the color of the bait is not helpful in determining specifically what a cat may have ingested. Bromethalin toxicosis is entirely different from the poisoning that results from ingestion of other types of poison, so specific identification of any pellets or blocks is critical to managing the intoxication.

Most publicly available baits are concentrated enough that treatment is indicated any time an average-sized healthy cat ingests even a small quantity of bromethalin-based products. As little as half an ounce of rodenticide is potentially a lethal dose. Not all bromethalin rodenticides contain the same concentration of active ingredient, so it’s possible for a cat to be poisoned after eating even less than that. Since bromethalin is such a potent toxin and there is no antidote, emergency veterinary care is indicated whenever a cat ingests any amount of bromethalin bait.

Compared to other types of rodent poisons, the chance of a cat eating a toxic dose of bromethalin by consuming a single dead rodent is significantly lower. The only way it’s likely for a cat to experience relay toxicosis with bromethalin is when the cat habitually eats poisoned rodents over time.

Bromethalin toxicosis is caused by oral ingestion of bromethalin-based rodenticides. Rodenticides are sold and used as pest control against rodents.

Bromethalin is a neurotoxin, meaning it disrupts normal functioning of the brain and spinal cord. Symptoms of bromethalin toxicity include:

In many cases, the only symptom of bromethalin toxicosis is sudden death, particularly in a cat who goes outside or roams.

The severity of bromethalin toxicity depends on the amount of poison consumed. Signs of bromethalin toxicosis typically begin within 2-24 hours following ingestion. Larger doses are associated with earlier onset of symptoms. Small doses may take days to produce symptoms.

Cats with a known history of consuming bromethalin poisons have the best prognosis. Immediate veterinary care allows for the toxin to be removed, preventing development of symptoms. These cats have a fair to good prognosis, and require several days of treatment.

Once a cat develops symptoms of toxicity, the prognosis is poor. Aggressive treatment is required, and recovery takes up to several weeks.  Many cats have long-term neurologic damage.

If the cat is known to have consumed bromethalin rodent poison within the last 4 hours, vomiting is induced to remove the poison before it is absorbed into the bloodstream. Inducing vomiting must be performed by a veterinarian, as there are no safe at-home methods to induce vomiting in cats. After vomiting, activated charcoal is administered to bind any remaining toxin within the stomach.

By the time cats develop symptoms, it is too late to prevent absorption of the toxin from the digestive tract. These cats require aggressive treatment in an effort to save their lives. Treatments in these cases include:

Patients with symptoms are unable to eat. In many cases, a feeding tube is required to maintain nutrition during treatment.

Bromethalin toxicosis can be prevented by avoiding use of bromethalin-based rodenticides and by keeping cats indoors. Although a pet owner may be able to prevent exposure to bromethalin on their own property, an outdoor cat may be exposed to it when it is roaming.

Is Bromethalin Poisoning Common in Cats?

All types of rodenticide toxicoses are rare in cats, but bromethalin is widely used in common rodenticides

Typical treatment for bromethalin poisoning in cats may include: 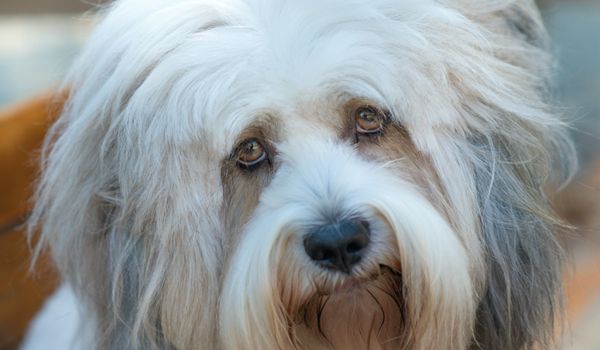