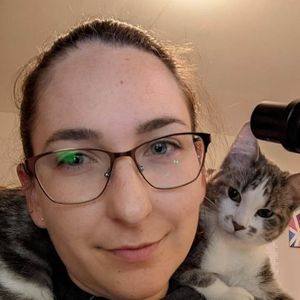 Rabies is a viral disease affecting the brain that is fatal once symptoms are recognizable.

• The only diagnostic test available for rabies is by submitting the brain/head to a laboratory for testing, which requires euthanasia

• Horse to human transmission of the virus is rare, but possible, so human safety is an important consideration in handling horses suspected of having rabies.

A Closer Look: What is Rabies in Horses?

Rabies is contagious to and between all mammals, including horses and humans. Rabies is always fatal once symptoms develop. Given the severity of rabies and its potential to spread across multiple species, it is a serious public health concern. Any animal suspected of having rabies must be reported to public health authorities immediately. Keeping all pets and livestock up to date on rabies vaccination is the only effective preventive measure against rabies. Never make contact with a live animal showing symptoms of rabies.

Horses (like other mammals including humans) become infected with rabies when saliva from a rabid animal contacts the mucous membranes (gums) or an open wound. The most common way this occurs is through a bite injury from a rabid animal.

Humans can likewise become infected with rabies from getting bit by an infected horse. An important preventative measure for humans is avoiding placing hands in or around the mouth of a horse showing neurologic symptoms.

Protocols for handling suspected cases of rabies vary based on region. Some areas have quarantine protocols while others require sample testing of all suspected cases which can only be completed after death. In some jurisdictions, the vaccination status of the affected animal as well as access to the biting animal’s carcass may impact whether euthanasia is mandatory or not.

Early symptoms of rabies in horses may be subtle and include:

Other symptoms that are less common include:

Symptoms of rabies are classically divided into what is termed “furious form” (producing signs of hyperactivity of the nervous system, such as aggression and seizures) and “dumb form” (displaying signs of stupor and paralysis). The form of rabies does not impact the severity or outcome of disease.

Although rabies is uncommonly diagnosed in horses, is it a fatal neurologic disease that has no cure. Seeking urgent veterinary care is warranted for horses with symptoms associated with rabies, or horses bitten by a suspected rabid animal.

All horses are at risk of rabies. Racoons, bats, and skunks are the most common vectors of rabies, so unvaccinated horses with high probability of exposure to these species are at the highest risk of rabies infection.

Rabies is caused by a virus that targets the nervous system. Horses acquire the virus through the bite of an infected animal, typically a dog, raccoon, skunk, fox, or bat.

• Hyperexcitability/hypersensitivity to visual or sound stimuli

Rabies in horses is presumptively diagnosed based on:

Once other neurologic diseases are ruled out, unvaccinated horses that display a sudden onset of neurologic signs are presumed to be infected with rabies.

Rabies testing is not available for live patients. Unvaccinated horses suspected of having rabies must be quarantined for six months, or be euthanized for testing. A conclusive rabies diagnosis involves submitting the head or brain to a diagnostic laboratory.

In many jurisdictions, unvaccinated horses showing symptoms are required to be euthanized for diagnostic testing.

Vaccinated horses bitten by a rabid animal must undergo an immediate re-vaccination series, followed by a prolonged quarantine period to monitor for symptoms.

Preventative measures for rabies in horses include:

• Minimizing contact with rabid animals by securing pet foods, removing garbage from the property, and blocking off potential nesting areas for wildlife

Is Rabies Common in Horses?

Rabies is uncommonly diagnosed in horses.

There is no treatment for rabies and it is always fatal.